The temple of Wewurukannala famous for it’s giant Buddha statue dates back to the late 18th century, but all buildings, sculptures and Jataka paintings are from recent decades. It’s situated 1.5 km north of Dikwella Beach. Dikwella, also spelt Dickwella, is situated 23 km east of Matara and 15 km east of Tangalle by road. Another spelling of Wewurukannala is Wewrukannala. 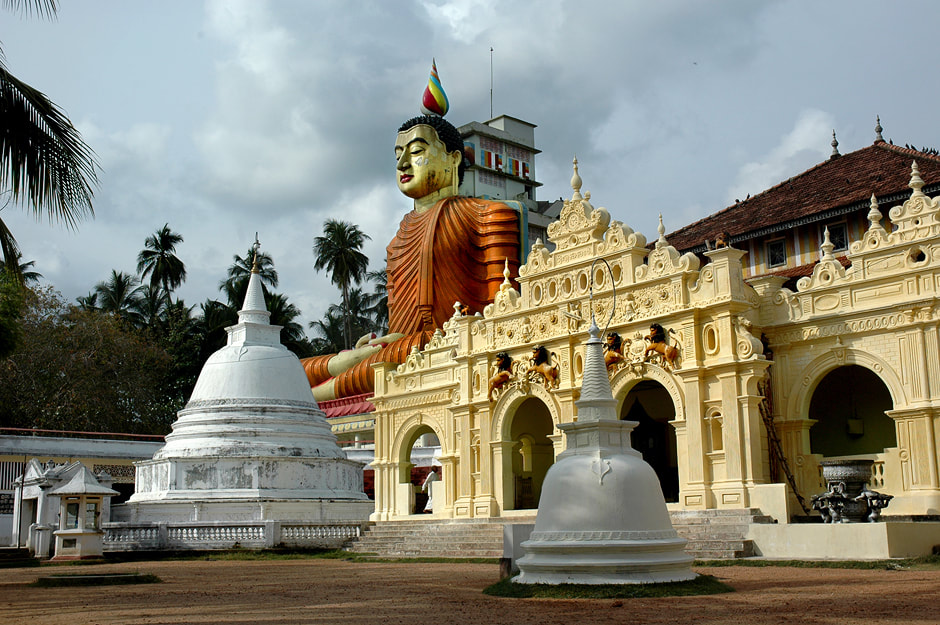 The 50 m high seated Buddha of Wewurukannala, built in 1970, is still the largest in Sri Lanka, although Bentota’s even younger Kande Viharaya Buddha of almost the same size is seated on a higher platform. The Buddha colossus is depicted in Samadhi Mudra, the gesture of meditation. Even more gaudy than the giant Buddha statue are the halls visitors have to pass to reach the stairway leading into the head of the Buddha. The depictions of demons tourturing humans in the so-called tunnel of hell represent punishments. They are as sardistic as in Christian believes, but in contrast to the Christian hell, the Buddhist one is without eternal punishments. After suffering according to the law of Karma, beings can be reborn from hell into a better existence.