Lahugala - with the ruins of the marriage monastery Magul Maha Vihara 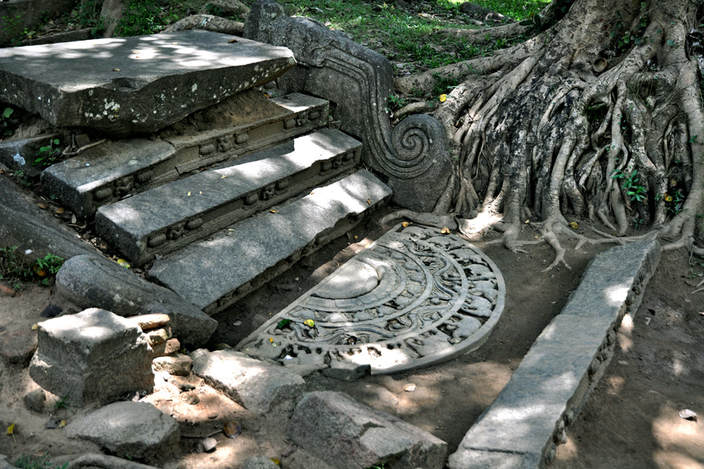 Lahugala in the hinterland of Pottuvil and Arugam Bay is a village at the southern border of the Lahugala Kitulana National Park, which is one of Sri Lanka’s the smallest wildlife parks, a part of the man elephant corridor of southeastern Sri Lanka. Lahugala is one of the most important archaeological sites in southeastern Sri Lanka, too. According to local legends, the Magul Maha Viharaya, which translates to “Wedding Great Monastery”, was the place of the marriage of Princess Viharamahadevi, the most famous royal consort of Sri Lankan history. The systematically planned ancient monastery is similar in style to monasteries in the Cultural Triangle from the same period. But there are some interesting particularities to be discovered. For instance, the only highly elaborated moonstone of southern Sri Lanka differs in style from the contemporary Anuradhapura moonstones. The the ruins that can be seen today are in fact from the time of Viharamahdevi but almost one millennium younger, from the late Anuradhapura period.