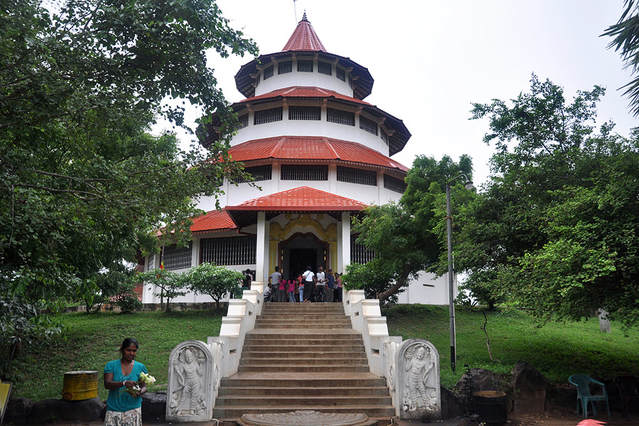 Seruwila, also known as Seruvila or Seruwawila, is a village and an archaeological site and a Buddhist temple 40 km south of Trincomalee by road, 5 km west of Ullackalie Lagoon at Sri Lanka’s East Coast, as the crow flies. Seruwila is said to be one of the 16 Buddha-visited places, although it is not mentioned as such in the ancient Mahawamsa and not included in the list of 16 such places known as Solosmasthanas in the Kandy period. Beyond doubt, Seruwila is the most significant Buddhist pilgrimage site in Trincomalee District. It's the only place in Sri Lanka where relics of all 4 past Buddhas of our aeon are venerated. The stupa in the centre of the excavation area is the main attraction. A large cermonial hall sheltering a new Buddha statue is designed in a style slightly resembling Chinese pagodas.