Dedigama - huge stupa and museum with findings from the relic chamber 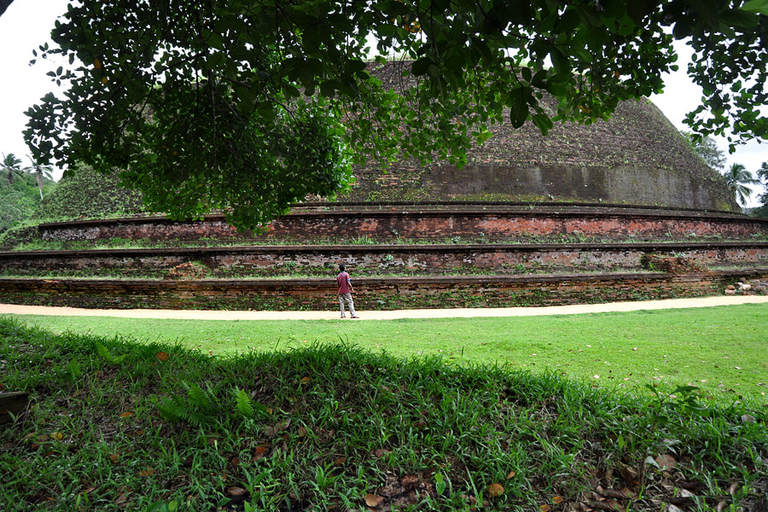 Dedigama, not often frequented by foreign travellers, has the largest ancient stupa of western Sri Lanka. It’s one of the few stupas the relic chamber of which was opened by archeologists. Some of the treasures found inside the stupa are in the National Museum in Colobo now, but a large part is kept in a museum near the stupa. This is one of the rare sites, where you can learn more about the interior of a stupa. For those Sri Lanka travellers interested in Buddhist art, Dedigama is a must-see.