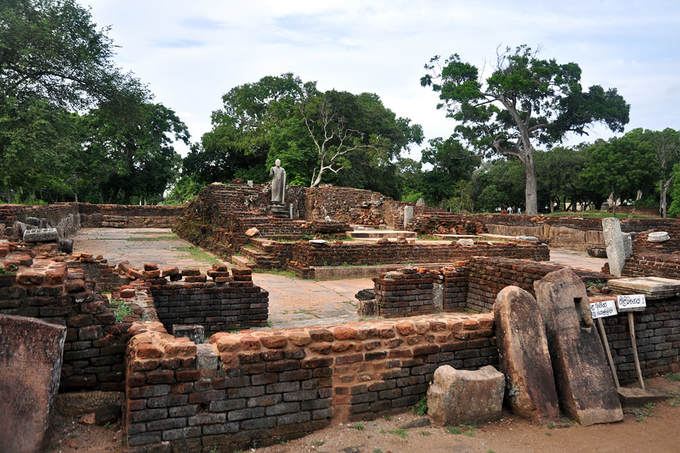 Velgam Vehera, situated near Trincomalee, is known as Natanar Kovil to Tamil Hindus. It belongs to the village of Kanniyai, which is otherwise famous for its hot wells. The rarely visited ruins of Velgam Vehera are remarkable as rare example of remnants from the Chola occupation of Sri Lanka. The history of this specific Buddhist temple contradicts a widespread opinion among Sri Lankans, shared by many others who believe in deep-rooted religious antagonisms, that the Cholas, who were Tamil Hindus from mainland India, systematically destroyed Buddhist heritage when conquering Sri Lanka. On the contrary, in Velgam Vehera they restored a Buddhist temple. Presumably, the reason was the existence of a highly influential Buddhist minority among Tamil seafarers and merchants. Velgam Vehera’s large-scale image house, indicating that the hall with a Buddha statue has become the major place of worship instead of a stupa, inspired classical Sinhalese architecture of the Polonnaruwa period.