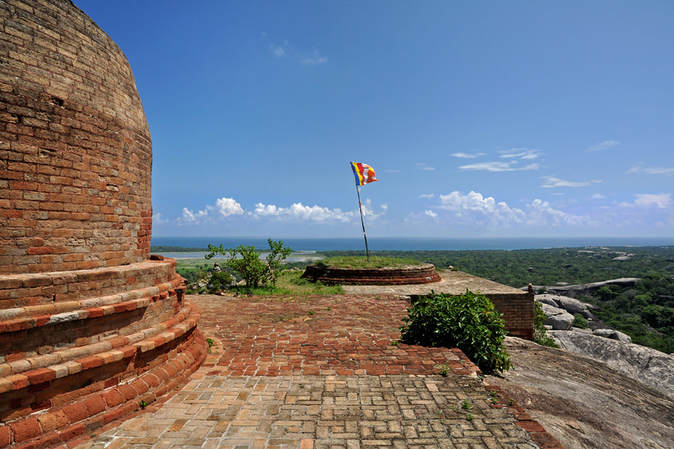 Kudumbigala is the name of a monadnock and the forest hermitage in the dense jungles near Kumana National Park. Actually, this is the most significant heritage site of this kind, a typical Sri Lankan rock monastery, in the southeast of the island. Over 200 rock shelters are said to be found in this area, many of them were once used as monks’ dwellings. Some are inhabited by reclusive monks again. Visitors should be dressed modestly and remain silent to avoid disturbing the hermits. The climb to the top is rewarding. The strangely shaped brick stupa on the summit is picturesque and the vast 360 degree panorama is fantastic. Kudumbigala is usually visited along with nearby Kumana National Park and Okanda Beach on excursions from Arugam Bay.