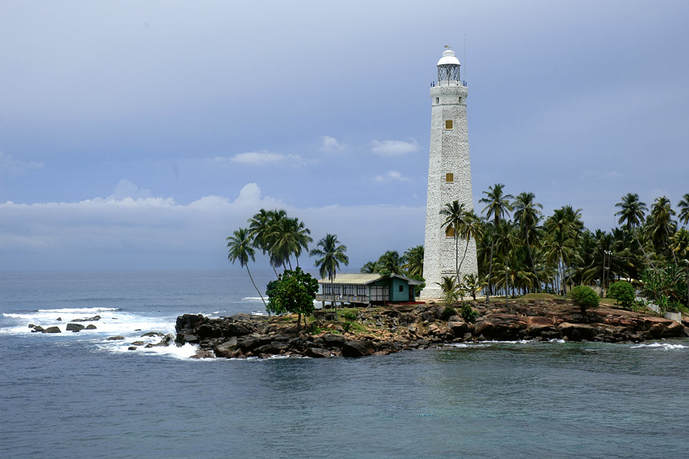 Dondra Head, also known as Dondra Point, is the southernmost tip of the island of Sri Lanka. “Dondra” is a European abbreviation of the ancient Sinhala name “Devundara” and the Tamil name “Ten Thurai”. The famous temple at Dondra was destroyed by the Portuguese in the 16th century, a new Buddhist Vihara was built at the coastal road A5 1.5 km further north in the village of Dondra. The Dondra Lighthouse, the tallest in South and Southeast Asia, is located at the entrance of a bay at the eastern side of the small Dondra Peninsula. It does not mark the extreme south point. Point Dondra is 500 m further west, where a small natural seawater pool called Dragon Mouth  can be found at the stony shore.