Karagahagedara - typical Ambalama in Sri Lanka off the beaten path

Karagahagedara, also spelt Karagahagedera, has a typical Ambalama in Sri Lanka’s Kurunegala district. An Ambalama served as a meeting place for locals and pilgrims, who could rest there for free. The picturesque small wooden hall on stone pillars is far away from all major tourist routes. 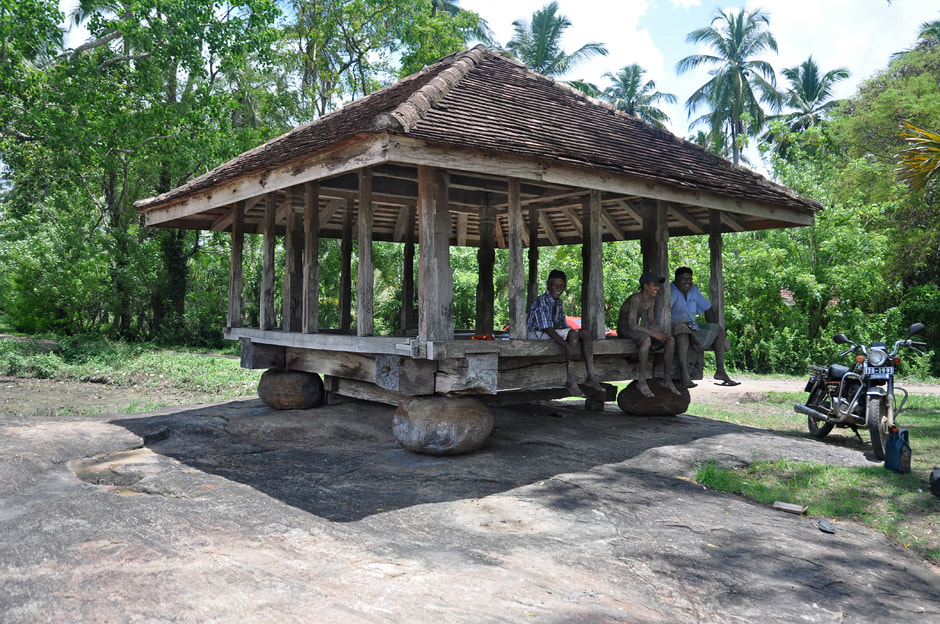 The Ambalama of Karagahegedara is a timber construction on stone boulders at the base. As in the case of the Panavitiya Ambalama, four granite stones form the cornerstones carrying four large wooden beams, which served as benches. The wooden structure is wider than the base. The even larger roof of the pavilion-like airy structure is supported by sixteen wooden pillars.

The construction is placed on a flat rock surface amidst paddy fields. It was common that Ambalamas were built on firm ground in open areas, facilitating to spot wild animals more easily.

Ambalamas were built by village communities and served as shelters for travellers and pilgrims in particular. In the period prior to the introduction of milestones, Ambalamas served as indicator of travel distances, too. Building an Ambalama for the benefit of strangers was considered to contribute to collect good Karma. However, many Ambalamas are said to be constructed on order of kings or their local officials. Ambalamas were situated neat a stream or spring to provide essentials for travellers of free of charge: protection from rain and sun, cheap accommodation, fresh water for drinking and cleaning and washing.

Ambalamas were pilgrim rests in the first place, but they also were used for gatherings of local villagers, be it for a civilised settlement of disputes, for appeals to a traveling official, or for listening to touring storytellers, or just for chatting

Apart from the social function of being meeting points and assembly halls, Ambalamas also served as refuges for nearby rice farmers, for lunch break for example.

Ambalamas are a very typical architectural monuments of Sinhala culture from the Kandy period. They are mentioned in Sinhalese literature of that time, a common theme of which is poetical description of pilgrimages or journeys. 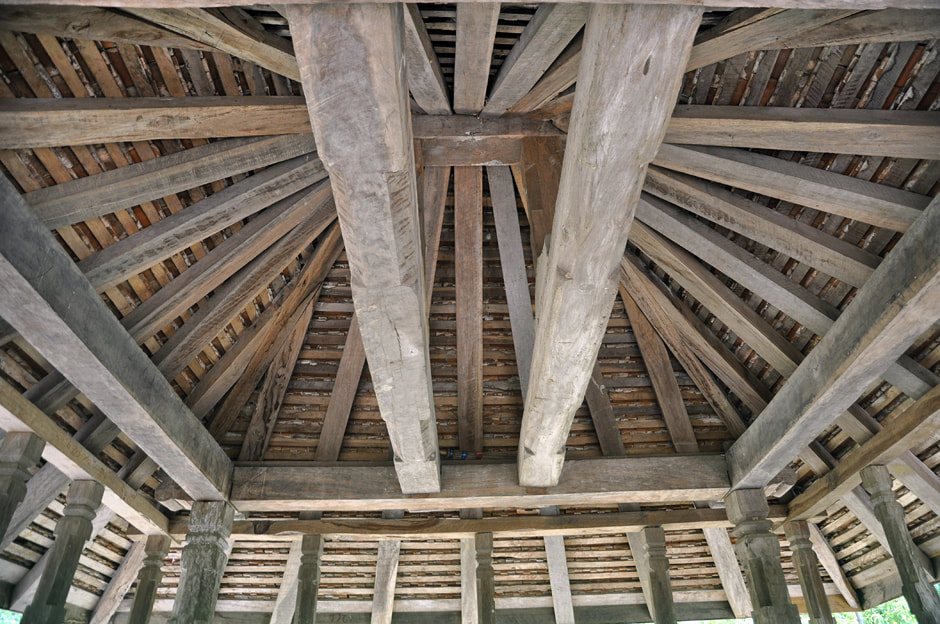