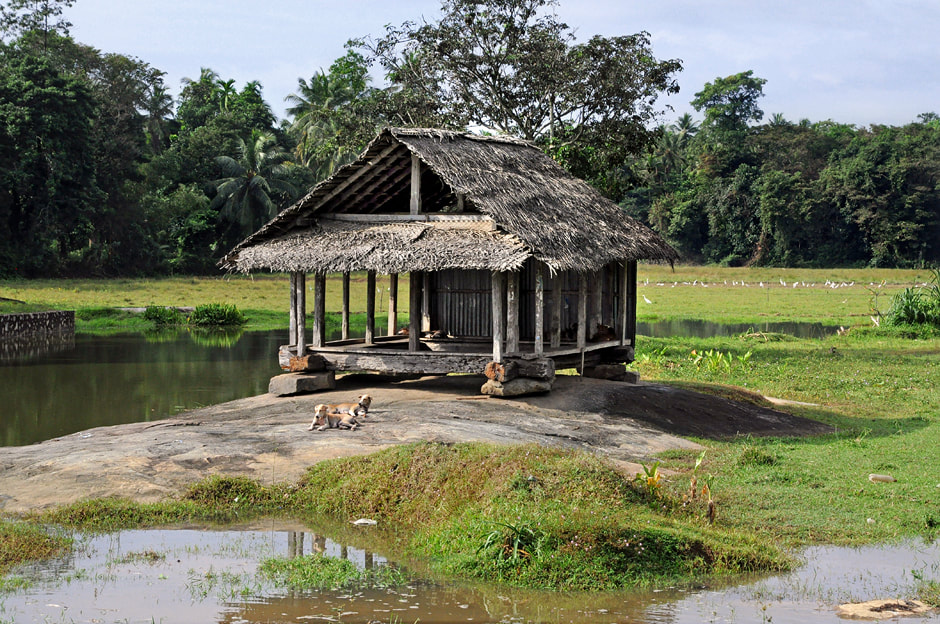 In the historical landscape of Siyane Korale in the southern part of Gampaha District, is a small attraction, which might be  worth a short stop when you are on the way of one of the ancient cave temples of this area, auch as Maligathenne, Pilikuttuwa, Warana or Pettagangala.

The small wooden building Awariyawala is a typical specimen of an Ambalama, a small open hall where local farmers and travellers could rest. Farmers working in the surrounding paddy fields came to Ambalamas to have lunch or a break. But the main function of this simple structure was to provide shelter for long-distance pilgrims, for breaks or overnight stays. Ambalamas are found along piligrimage routes. There were no charges involved in using an Ambalama. Furthermore, the hall served as a kind of assembly hall or even courtroom of villagers from the immediate surroundings where common affairs could be discussed in a public space. As both locals and pilgrims used such halls, Ambalamas where an important place of communication and a source of information in those times without newspapers and broadcasts.

The wooden construction of the Ambalama of Awariyawa is a typical pillared hall with a thached roof and placed on only a few stones on the ground, it appears to be hovering.

Modern Ambalamas are usually made of stone. Most of the surviving examples of wooden Ambalamas are from the 18th or 19th century. However, the institution of the Ambalama is much older, as they are mentioned in Sinhalase poetry from the late Middle Ages and Early Modern Age. 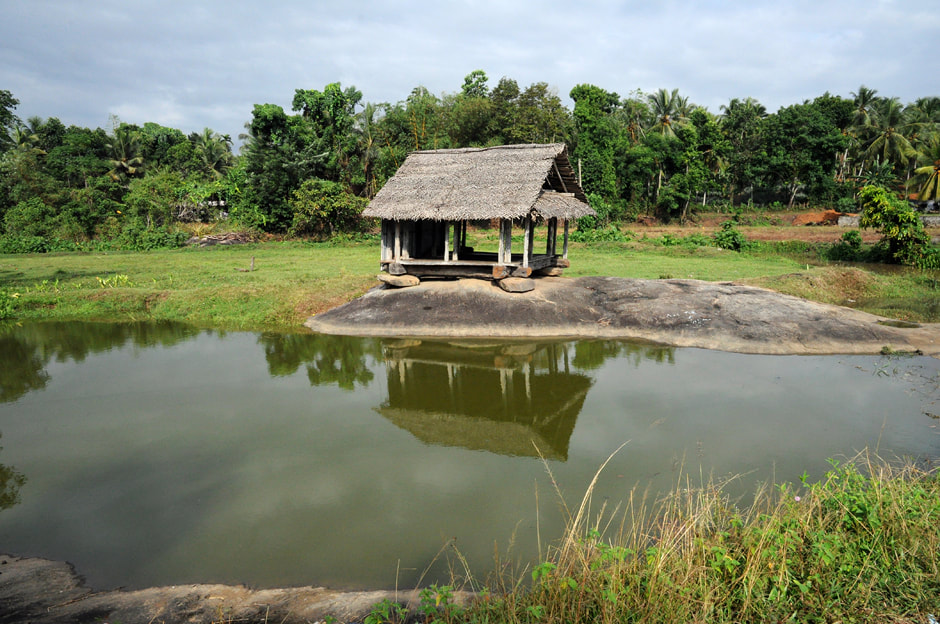