St. Clair's Falls, the widest waterfall on the island, is popularly known as "Little Niagara of Sri Lanka". The amount of water has recently been affected by the Upper Kotmale Hydropower Project. St. Clair’s Falls, named after the tea estate of the same name, is situated near Talawakele at the A7 main road between Hatton and Nuwara Eliya. In contrast to the nearby Devon Falls, St. Clair’s Falls can be seen from the mountain railroad Kandy-Badulla, too. 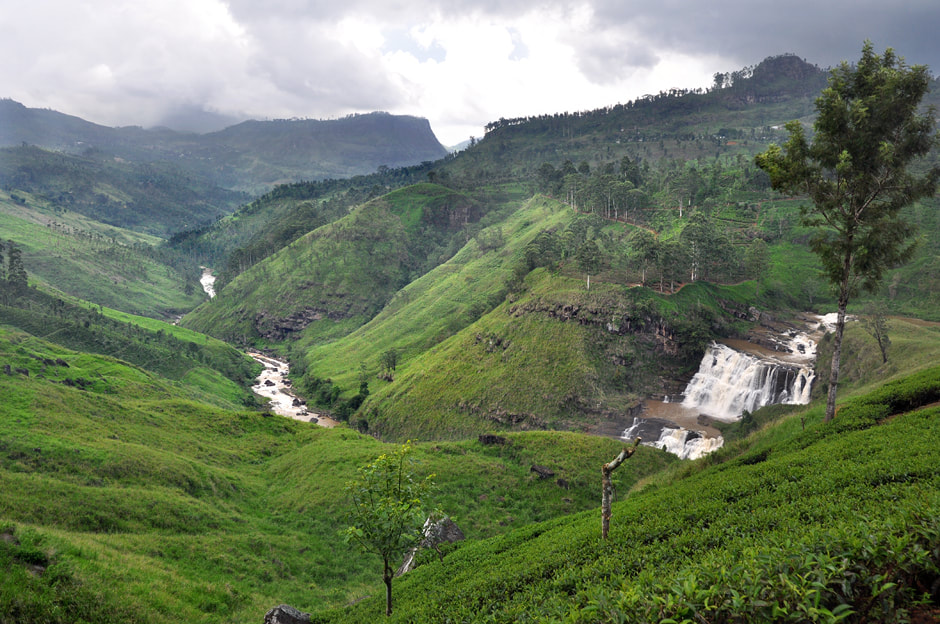 Since the cascades of Sri Lanka's smaller Victoria Falls of the Mahaweli River have disappeared below the surface of the Victoria reservoir, with a width of 50 m St. Clair's Falls is the widest waterfalls on the island and earned the nickname of being the "Little Niagara of Sri Lanka".

St. Clair's waterfalls are situated in an altitude of 1198 metres above sea level, 3 km west of Talawakele in Nuwara Eliya District. They are names after the tea plantation of the same name, as the lesser of te two cascades is within close proximity of the St. Clair's Tea Factory, wheres the Mlesna Tea Castle, St Clair, is 2 km further west and closer to Devon Falls.

The waterfalls of St. Clair can be seen from the highland railway line as well as from the A7 mainroad crossing the Dimbula tea region between Hatton and Nuwara Eliya. There is a viewing platform at the road and the falls can also be reached on small pathes running through the plantation.

St. Clair's waterfalls are formed by the river known as Kotmale Oya, which is a tributary of the Mahaweli River. The flow of water was altering significantly due to weather conditions anyway. However recently, the flow of water decreased dramatically, as the Kotmale Oya has been dammed near Talawakele recently. The new reservoir belongs to the Upper Kotmale Hydropower Project, which is part of the Mahaweli scheme. The Hydropower project was delayed in the 1990 de to environmental concerns, but finalized in 2018 with Japanese support. Some smaller waterfalls disappeared completely. The said significant drop in volume of St. Clair's is the result of the construction of the dam, though during day-time hours waterflow is ensured by a releasing water from the new reservoir.