Gal Oya is both a river and a national park. The river, about 100 km kong, rises in the hill country east of Badulla, the river mouth is at Oluvil, 15 km to the south of Kalmunai. Gal Oya River was dammed at Inginiyagala in 1948 as one of the major irrigation project of Ceylon after independence. The reservoir, finalized in 1950, was named Senanayake Samudra after Ceylon‘s first Prime Minister, Don Stephen Senanayake. The Sanskrit term "Samudra" means literally means "gathering together of waters" and, besides "Sagara", has become a common word for "ocean".
With a total capacity of 950 million cubic meters and covering 91 square kilometers in the Districts of Moneragala and Ampara, Senanayake Samudra is the largest lake in Sri Lanka. It attracted wildlife, elephants in particular. This is why the catchment area of the lake was declared Gal Oya National Park in 1954. With 630 square kilometres, Gal Oya is the fourth largest national park of Sri Lanka. 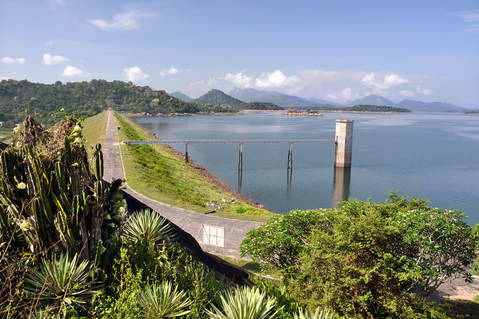 Inginiyagala dam at Senanayake Samudra
The highest peaks of Gal Oya are in the eastern part of the park, Danigala, Nilgala and Ulpotha reach heights till 900 m. Where Gal Oya river falls to the reservoir, water flows in a natural tunnel known as Makara Kata, which translate‘s to „Crocodile Mouth“. Apart from the hill forests and dry zone scrublands, Gal Oya National Park contains a two different kinds of grassland areas, namely Thalawas near the lake and Pathanas at the slopes of the mountains. The savannas cover about one third of the entire park area.

Gal Oya National Park is not crowded, as most travellers don’t venture the way to this remote area. You cannot compare Gal Oya to Yala, Wilpattu or Udawalawa. It differs from all other national parks, as this is the only one which can be explored by boat. Advance booking of boat safaris, which are operated by the Wildlife Department, is highly recommendable. Due to the lack of visitors the park administration is sometimes not prepared to organize boat and guide short-dated.

Jeep safaris around the lake with camping inside the national park are an unforgettable off-the-beaten-track experience, requiring special permission and careful preparation. One camp is in the vicinity of the park office buildings near Inginiyagala and close Wesda villages at Mount Rathugala. be one of the main dwellings for the indigenous ‘veddha' people. This camp is situated 1.5 km from the Gal Oya River. The tents including shower facilities will be set up prior to your arrival. 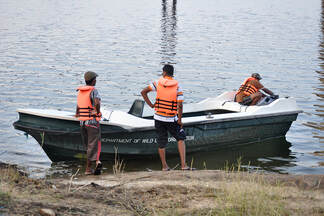 For short-term visitors, boat safaris in the early morning or late afternoon hours are the best way to observe the wildlife. Whether before or after your boat ride, don’t miss to climb to the panoramic viewpoint at Inginiyagala rock, it‘s not at the top but can be reached via a short stairway starting close to the pier. Highlights of boat excursions on the Senanayake Samudra in Gal Oya National Park are elephants and birds. Seeing elephants foraging at the banks or even swimming in the lake on a boat trip is an amazing holiday attraction. In case of advance booking, picnics can be arranged on one of the islets in Lake Senanayake. 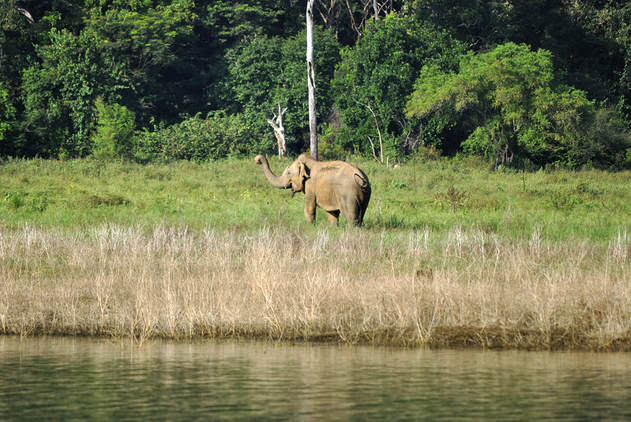 During the local dry season (July till October) many elephants from Yala national park migrate to Lake Senanayake in Gal Oya national parks. Then herds of up to 150 elephants can be seen at once.  Occasionally, some elephants even swim to one of the small islands in the lake. Senanayake Samudra is spotted with islets and has many arms and small creeks, offering perfect bird habitats. One of the islets is called „Bird‘s Island“. However, the islet bearing this name is not always the same, as every few years the birds collectively change their favourite nesting place. The lake attracts migratory birds, too. More than 150 species of birds have been recorded in Gal Oya. Chances are high to observe raptors such as White-bellied Sea Eagle and Grey-headed Fish Eagle, which are Sri Lanka‘s most imposing eagles. Amongst the reptile species of the park are the Mugger Crocodile and Star Tortoise. 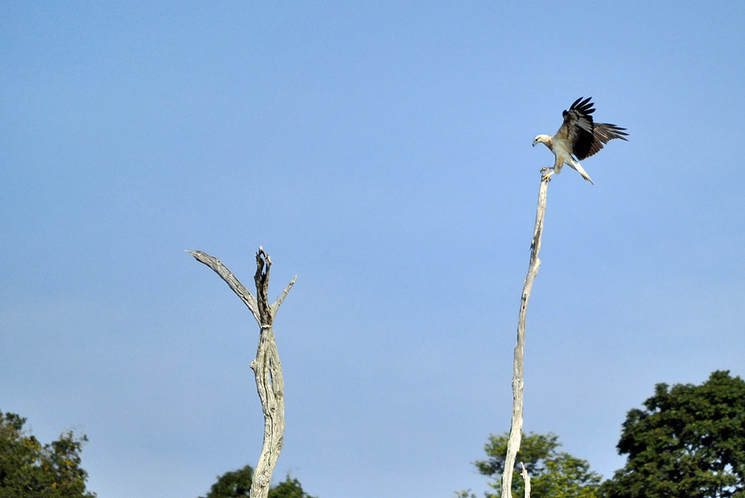 juvenile white-bellied sea eagle (Haliaeetus leucogaster)
In general, morning hours are more recommendable for bird watching, whereas chances to see plenty of elephants at the banks of the lake are higher in the afternoon. The best season for seeing elephants is the northern hemisphere summer, the best time for birdwatching the winter. Spring, when the sky is blue again but the vegetation is still lush green, is the best period for jeep safaris, whereas the autumn months can be rainy, contributing most to the annual precipitation of 1,700 millimetres. Nevertheless, the local off-seaseon from September to November is in fact a good time too for elephant viewing.
The main park office is at Inginiyagala, rangers are also stationed at Mullegama, Nilgala and Baduluwela. Accommodation is available near Inginiyagala dam, which marks the eastern border of the park. Inginiyagala Wildlife Bungalow, also known as the Bunt House, is adjacent to the park office, where the boat tours start. Reservations are not always possible. Most guests staying overnight in Inginiyagala choose the „Safari Inn“, formerly known as „Inginiyagala Rest House“. It‘s located 1 km to the west of the boat safari starting point, as the crow flies, but 4 km by car. The most renowned accommodation at this national park is Gal Oya Lodge, it‘s a luxury eco lodge situated at the northwestern border of the park. The design concept of the ten bungalow bedrooms is being in harmony with the natural setting, using local methods and materials from the vicinity and solar heating for the water. Gal Oya Lodge is located in 34 km distance from Inginigala, halfway to Bibile.

Apart from Maduru Oya, this densely forested region between Senanayake Samudra and Bibile is the main settlement area of the Wedda minority considered to be the indigenous people of Sri Lanka. We can also arrange private stays in Wedda villages outside the national park borders. During a stay in this area, it‘s possible to follow a nature trail with the Weddas.