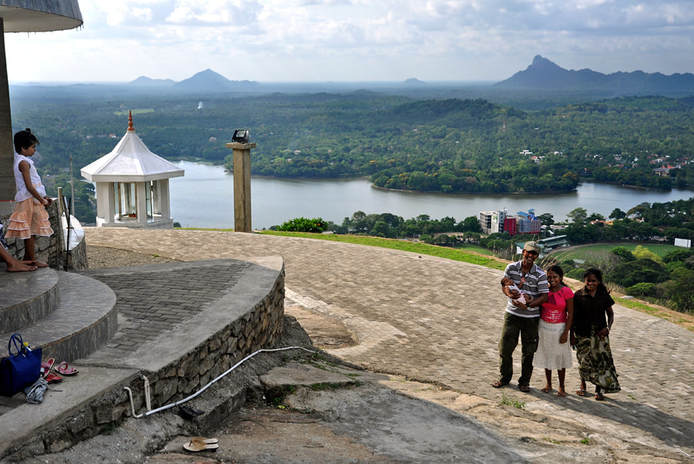 Kurunegala is the administrational capital of the North Western Province, wgich is also known as Wayamba in Sinhala. Kurunegala was a shortlived capital of Sri Lanka in the late Middle Ages, more precisely, in the late 13th and early 14th century. Not much remains from that period. The main attraction in the impressive Elephant Rock, known as Ethagala in Sinhala. It is now crowned by a huge white Buddha statue built in the first decade of the 21st century. The Buddha atatue's platform an excellent vantage point. At the base of the rock is a tomb of a Muslim saint also venerated by some Buddhists. Kurunegala is one of the major bus stations in Sri Lanka, as main routes from numerous directions meet here.