The 98 m tall waterfalls of Aberdeen in Nuwara Eliya District are fomed by the Kehelgamuwa, a tributary of Kelani Ganga. Aberdeen Falls, definitely among the most picturesque waterfalls of the island, are named after the nearby tea plantation, Aberdeen. Many tea plantations in Sri Lanka bear British names, Scottish toponyms in particular.

According to a typical folk belief in Sri Lanka’s highlands, Aberdeen Falls are connected with the Lakshapana Falls further south by a 5 km long tunnel. Both waterfalls carry less water, since water reservoirs and hydroelectric power stations were established in the area of the Kelani Ganga tributaries between Maskeliya and Kitulgala. However, except for extraordinarily dry periods, the Kehelgamuwa river at Aberdeen Falls does not dry out completely.

A small observation platform is constructed close the natural pool below the Aberdeen Falls, which is picturesquely framed by rock surfaces. Despite this visitors’ terrace, travellers are rarely seen at Aberdeen Falls. It’s still an off-the-beaten-path destination.

Swimming in the very inviting and clear pool is possible, but due to currents and quicksand it’s a little bit dangerous for children. Finding access to the pool requires climbing down some boulders.

Similar to the nearby Lakshapana Falls, Aberdeen Falls can be reached by walking down a flight of stairways with a few hundred steps through the jungle. This shortest access way, which leads to the observation platdorm, is from the south or the left side of the river. The road from Norton Bridge to the car park is not easy to find, though there are some signboards along the route.

An 8 km long hiking route from Ginigathena, which lies at the junction where the roads from Kandy (B31) and Kitulgala and Hatton meet (A7), leads to opposite the right bank of the pool. The hiking trail has some nice views to the Kegelgamuwa river valley and to Aberdeen Falls from a distance. The trail starts in the southern outskirts of Ginagathenna and runs 6 km along the Ella Una Theniyagala road, which can be used by small vehicles. The last 2 km winding down to the pool of Aberdeen Falls are a jungle path. The same jungle path can be reached from Dehigastenna, which is at the road from Ginigathena to Norton Bridge (B71). From Dehigantenna, the hike is 5 km long one way. 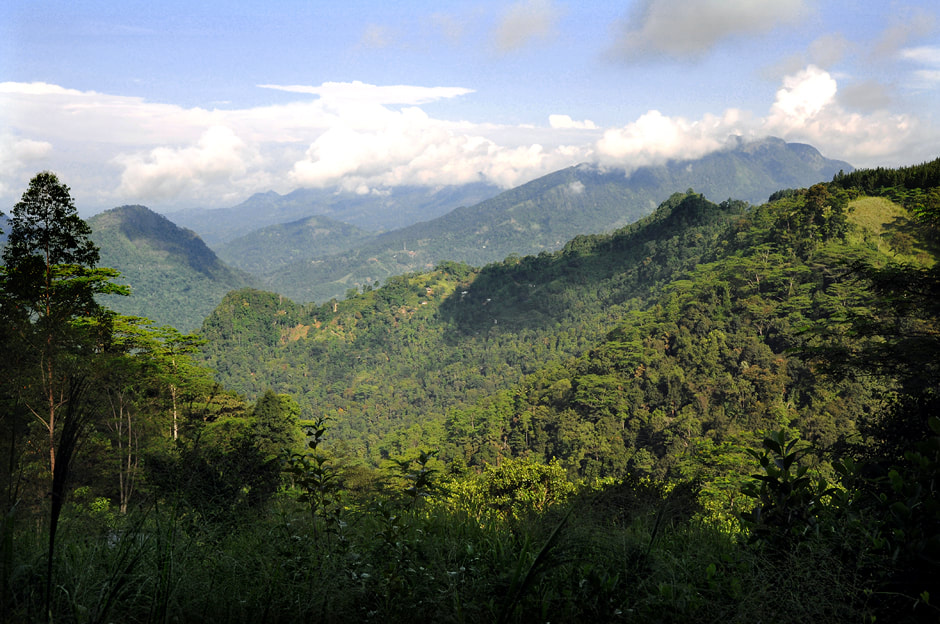