Day 1 - Transfer from the Airport to Anuradhapura

Day 2 - From Anuradhapura to Sigiriya, on the way visit Aukana Buddha

Anuradhapura became the first major capital of the Sinhalese people as early as in the 5th century BCE, only a few generations after the arrival of the first Sinhalese migrants led by the legendary hero Vijaya. One of his companions called Anuradha is said to have been the founder of Anuradhagama, meaning “Anuradha’s village”, which later on was named “Anuradha’s city”: Anuradhapura. But it was the Sinhalese King Pandukabhaya who for the first time declared Anuradhapura the capital of the island. However, archaeological evidence proves, that Anuradhapura had already been the most important settlement in this part of the island already for centuries, even before the arrival of the Sinhalese.

The Avukana Buddha is a rock-cut statue near Kekirawa / Kala Wewa, North Central Province. The standing Buddha statue, which is higher than 40 feet (12.5 meters), has been carved out of large granite rock face during the 5th A.D. It depicts a veneration gesture similar ro Abhaya Mudra. The closely worn robe is elaborately carved. This Buddha statue is ascribed to King Dhatusena. It may have been the work of a master who was competing with his pupil: Who can finalize a marvellous huge statue first? Aukana Buddha statue is definitely one of the best examples of standing statue in Sri Lankan history.

UNESCO World Heritage Site Sigiriya is proudly proclaimed by the locals to be the ‘Eighth Wonder of the World’. The Lion Rock of Sigiriya rises dramatically from the surrounding countryside. The ruined ancient fortress sitting on top of the rock is a stunning testament to the engineering prowess of the ancient Sri Lankans who inhabited these landscapes over 1500 years ago. The huge steep and, at times, arduous staircase also takes you past the famous frescoes of the Sigiriya Maidens.

Minneriya National Park is located 182km from Colombo, in the North Central Province of Sri Lanka. The major city close to Minneriya is Dambulla. Being part of the elephant corridor, Minneriya is joined with Wasgamuwa National Parks. The Elephant Gathering is the largest known meeting of Asian elephants in the world. During dry season herds of up to 300 elephants can assemble at Minneriya tank. The national park covers an area of 8,890 hectares and borders the Minneriya tank, which is 7 kilometres long.

Day 4 - From Sigiriya via Dambulla to Kandy

Dambulla, located north of Kandy and considered by most to be the centre point of Sri Lanka, is a town built around a vast isolated rock. Dambulla Cave Temple is a World Heritage Site, declared by UNESCO. The temple is called Rajamaha Vihara of Rangiri Dambulla, also known as the Golden Rock Temple. The cave complex at Dambulla is one of the most impressive Buddhist temples in the world. It was here that King Vattagamini Abhaya (Valagamba) took refuge in the 1st century BCE.


On the way to Kandy, enjoy a break at a herbal and spice garden near Matale to learn more about tropical spice plants and Ayurvedic herbals.

Established in 1975, the Pinnawela Elephant Orphanage houses the largest herd of captive elephants in the world. Here about eighty elephants are well looked after, which have been found throughout the country abandoned by their herd and brought to here. You can watch milk feeding for baby jumbos and the daily bath in the nearby Maha Oya river of Pinnawala.

The Royal Botanical Gardens extend over 147 acres (59 hectares), situated in Peradeniya, Kandy, Sri Lanka. The Botanical Garden’s history dates as far back as 1371, when King Wikramabahu III located a small palace with a garden here. Later on, King Kirthi Sri Rajasingha established a Royal Garden. A Vihara and Dagaba were built in the reign of King Wimaladharmasuriya. Later they were destroyed by the colnial masters during the British period. Under the advice of Sir Joseph Banks a garden named Kew was opened on Slave Island, Colombo, and Mr. William Kerr was appointed its Superintendent. Afterwards the garden was moved to Kaluthara for economic purpose. After Kerr had died, Mr. Alexander Moon was appointed Superintendent. Finally the Garden moved to Peradeniya in 1821 adapted for botanical purpose. During this time it was mainly planted with cinnamon and coffee, Mr. Alexander published “Catalogue of Ceylon plants”. After Mr. George Gardner was appointed in 1844, many new plants were introduced to the collection. Now the Royal Botanical Gardens are maintained by the Management and Development of Botanic Gardens National Herbarium and allied unites of Sri Lanka.

Day 6 - From Kandy to Hikkaduwa

Kandy was the capital of the last Sinhalese kingdom and was untouched by the Portuguese and Dutch colonizers. The British finally took the city in 1818. Therefore, whilst Kandy has a distinct colonial footprint, it also retains a strong sense of tradition.

From Kandy proceed to Hikkaduwa, rest of the day leisure at the beach. 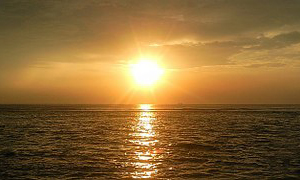 Hikkaduwa is a small city at the southwestern coast of Sri Lanka, located in the Southern Province about 20km north of Galle and 135km south of Colombo airport. Hikkaduwa Beach, created by the surfing & diving scene, is well-known for beautiful white sand, colourful coral reefs and excellent surfing conditions, attracting people from all over the world. Travellers and package tourist alike favour this beach due to its party atmosphere.

Day 8 - Transfer to the airport

Proceed from Hikkaduwa back to the Colombo International Airport.